The Tin Sandwich Band came out of The Pure Irish Drops tour of Europe that I did with John Murphy (Harmonica) & Donal Clancy (Guitar & Vocals) in 2011 where we based the music around the mouth organ and who better than John and his brother Pip Murphy to do it with. The name 'Tin Sandwich' is a slang word used for the Harmonica. Its a special sound and one that I get to play mostly 10 key melodeon on. I met John and Pip at the very first Phil Murphy weekend in Carrick on Bannow, Co.Wexford back in 1991 and always love their music and the special album "Trip to Cullenstown' the recorded with their father Phil Murphy before he passed away. A special band and we get together every now and again to play a gig when we can. 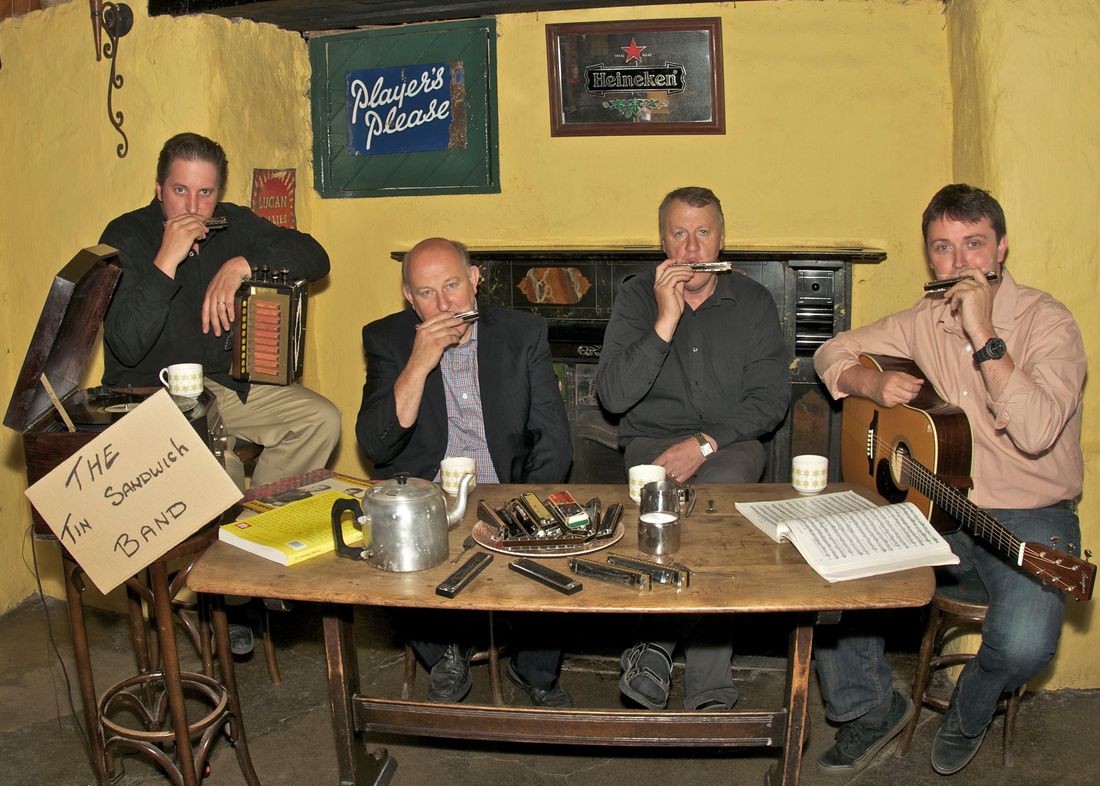